Rockford Scanner™: Numerous Police Working A Scene On The East Side

UPDATE:   This was an armed robbery with shots fired.  6 juveniles were arrested.  It began in the 100 block of N Mulford  just before 3:30 pm.  A robbery occurred near this location.  The victims chased the suspects. During the chase shots were fired.  Officers spotted the chase and the suspects fled from police unto it ended up near Rockcliff.  A police K-9 was brought in to assist in the manhunt of the suspects that fled.  Police arrested 6 juveniles on multiple charges: Resisting arrest, armed robbery, agg. discharge of a firearm, obstructing identification, possesion of stolen property, and also for marijuana.

On Sunday, February 2, at approximately 3:34 p.m., officers were called to the 180 block of N. Mulford Rd for an armed robbery.
Officers learned that two individuals were attempting to buy drugs when six juveniles robbed them, taking cash and a cell phone. 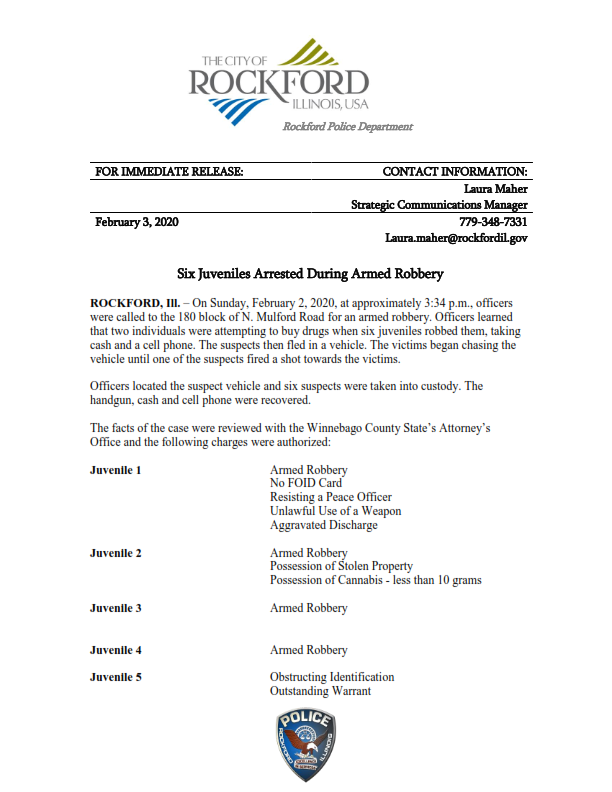 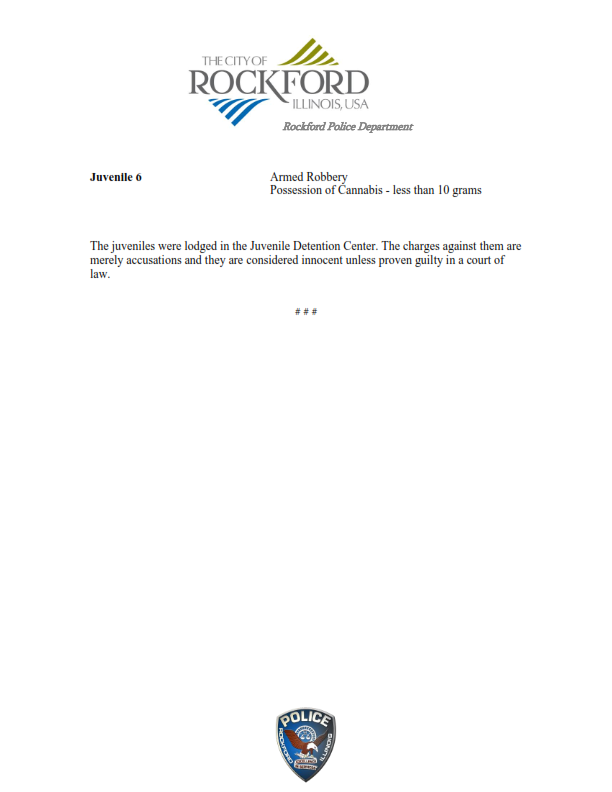 Sources are reporting a scene with a lot of police working the scene.

It happened just before 4:30 pm today near Rockcliff Drive.
That is located south of Alpine and E State st.

Reports of numerous officers working the scene. Including a police K-9.

Reports of a gun laying in the roadway and a White SUV that was abandoned on the road.

RPD has not released any suspect information.

UPDATE: 10 police vehicles total. One suspect has just been put in the back of a police suv.

Fire At A House On The East Side

Automobile Accident With Injuries Near Roscoe, Avoid The Area…

3rd ALARM FIRE: Large House On Fire, A MABAS Has Been Toned Out…

Click Here To Read More »3rd ALARM FIRE: Large House On Fire, A MABAS Has Been Toned Out…

WEATHER ALERT: Frost Is Possible Tonight, Find Out When It May Warm back Up Again…

Click Here To Read More »WEATHER ALERT: Frost Is Possible Tonight, Find Out When It May Warm back Up Again…