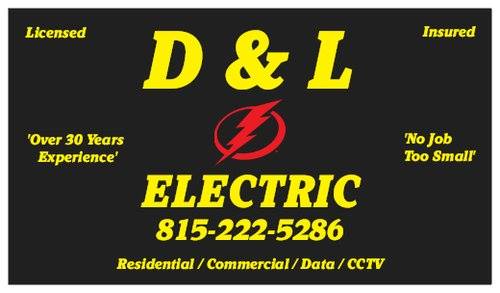 First and foremost:
I want to thank the officer who decided to mess with me the other night and pull me over for BS, for giving me the idea to do this story.  If it wasn’t for you, this story would of never been done.

We have been sitting on this story for a LONG time now.
And thanks to a recent interaction with the local police (video above) , I figured it was time to finally break this story.

As you know  the local police rarely conduct traffic stops in the Rockford area.

If you think we are wrong, just take a stroll through the Rockford area…

All you have to do is drive around for a bit, and you will see a lot of reckless drivers and no police.

But yet, God forbid you are driving legally, they will mess with you.

A WCSO decided to mess with me the other night on N Main. (Video above)
He pulled me over for a “license plate that was out” When I asked the officer if I could get out to see, he said I could. And I went back there, and sure enough the light was NOT out. Then he changed his excuse from “being out” to all of sudden “it has to be seen 50 feet away”   to put a long story short, he was just “fishing”  and chose the wrong fish to snag…

We have gotten numerous reports of officers rarely pulling people over at all in the Rockford area.

Several sources are reporting that local police have at most 10 officers on the streets at one time.
At times, it may be 22 officers sources have told us.

We have tried to confirm this, and officials will not confirm anything.

We have had several sources reporting the same thing to us.

They are all reporting to us that there are not many officers on the street, to conduct traffic stops in the Rockford area.

And that is one of the main reasons why the police are not conducting traffic stops.

Because they have officers to investigate crimes, but not traffic offences.

We have filed a FOIA on a few things.

We are confident Darrell Erdman of the city of Rockford, is going to continue to DENY our FOIA requests,
from  Rockford Scanner.

So I am not even going to wait for those FOIA requests to come back to do this story.

Because we know Darrell Erdman is going to DENY our FOIA just like many others in the past.

However you can see the FOIA requests below:

The Rockford Police have not confirmed anything, but they have recently posted the following:

The RPD do confirm that they are hiring new officers.

We want to take a second and stress the importance for cameras.

A camera does not lie.

We highly recommend everyone to buy a dash camera (Front and Back) for your vehicles.

You can pick them up online or at a local store for pretty cheap these days!

previousSpring Residential Sweeping Is Ending Next Week, Details At…
nextViewer Discretion Advised: Suspect Stabs A Dog And The Owner At A Local Playground

Extrication Needed At An Accident Scene, AVOID The Area

Mayor McNamara: ” Since the onset of the pandemic in March 2020, we know our crime numbers have moved in the wrong direction “

Click Here To Read More »Mayor McNamara: ” Since the onset of the pandemic in March 2020, we know our crime numbers have moved in the wrong direction “

Warrant Wednesday: Police Are Searching For These Wanted Individuals

AcciDent WIth Injuries at a Busy RoCKford Intersection

Thank You RPD For The Transparency: Shooting Victim On The East Side

Click Here To Read More »Thank You RPD For The Transparency: Shooting Victim On The East Side