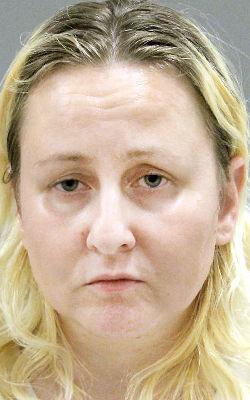 Sources are reporting 38 year old Yuliya Kuznets , who is a former Rockford Police officer.
Before she became a police officer she was a top tennis player. She was ranked the No. 10 tennis player in her home country of Belarus.
She was fired from the RPD.  RPD did not say why she was fired.

Both have plead guilty to robbery and have been sentenced to 20 years in prison.

They robbed a woman at the Van Galder bus station on Walton ave, and fired their gun during the robbery.

Police conducted a search warrant and they located the following during the robbery: A cache of weapons and drugs were recovered from the residence, including 1000 rounds of ammunition and 6 guns, Hydrocodone, morphine, and Percocet, worth a street value of $65,000

The pair are accused of robbing a Walgreens in Hoffman Estates, Illinois, in a manner similar to the Janesville robbery, and the robbery at the Van Galder bus depot in Rockford.

Vehicle Fire At A Business in Loves Park

39 Year Old Is Dead, After Crashing into A Tree in Rock County

Click Here To Read More »39 Year Old Is Dead, After Crashing into A Tree in Rock County