Rockford Scanner™: Rockford PD Asking For The Publics Assistance, Locating A Suspect That Shot A Man In The Head At A Local Business Thank you RPD
From the RPD:

Public Assistance Needed in Locating Attempted Murder Suspect
ROCKFORD, IL – On Wednesday, April 6, 2022, at approximately 12:05 a.m., Rockford Police
officers responded to 1317 Broadway (W & S Food & Liquor) for reports of a shooting victim.
The victim, a 28-year-old male, suffered a gunshot wound to the head. He was transported to a
local hospital and his injuries were determined to be non-life-threatening. Witnesses advised
that the victim was in a verbal altercation with an adult male who was accompanied by an adult
female. The adult male exited the store, retrieved a gun from a vehicle, reentered the store, and
shot the victim. Both the male suspect and female fled the store in a dark-colored sedan.
Rockford Police Detectives conducted a follow-up investigation into the incident, and identified
the suspect as 32-year-old Bernard Simmons III. After a review of the facts of the case, the
Winnebago County State’s Attorney’s Office authorized the charges listed below. On Monday,
April 18, 2022, a warrant was obtained for Simmons’ arrest, who remains at large at this time.

Aggravated Unlawful Use of a Weapon
Aggravated Discharge

The charge against Simmons is merely an accusation. He is considered innocent unless proven
guilty in a court of law. 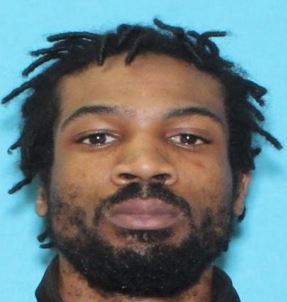