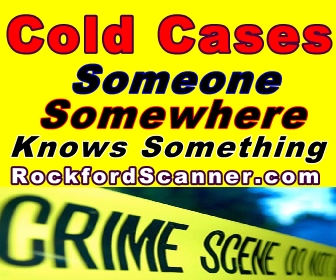 Lt. John Booker:
If he could find out how she wound up in such a remote part of his county – an area nonetheless popular with hunters from all over the region – he’d be a long ways toward solving the mystery, Booker said.

Lt. John Booker is not thinking serial killer.
He said: “I think it’s somebody local.”

A letter to the editor from Robin Childers, Kimberly Mabry’s sister, was published Feb. 9, 2011, in Sauk Valley Media editions. Attempts to locate Childers on Wednesday for comment were unsuccessful. This is an excerpted version:

My family was devastated after the dismembered body of my sister, Kimberly Renea Mabry, was found in Little Spring Creek in Coleta on April 14, 1995.

My mom was so depressed, that was all she thought about to the point she eventually smoked herself to death. All she wanted to do was be with my sister.

After my sister was killed, her son, Jeremy, went from foster home to foster home, and has had a very hard life since. This happened when he was just 6 years old. He stated that his mind is now an “emotionless calculating computer.”

“When my mother died, a large part of me was buried with her,” he said. “The person who took her from me deserves to pay.”

I’m her little sister, and I think about her every day. I remember the day the priest and my mom walked in, and I fell to the floor in despair. Since then, it has left an overwhelming emptiness in my heart.

I promised my mom, and will make it a priority in my life, to find out who did this horrible crime to such a sweet girl.

My sister was an artist; she had lots of friends and attended Rock Valley College. She had a bright future ahead of her and a son who needed her.

The articles you may have read about her talked only about how she had frequented crack houses and was prostituting, but that wasn’t who she really was.

She was a human being with emotions and feelings. She was helpful, thoughtful and caring. She was a mother, a daughter, a sister, a granddaughter, and had extended family, too, not to mention hundreds of friends.

We all miss her dearly.

Our family hopes community members will find it in their hearts to help with this case in any way they can. Please keep in mind, this monster lives among you, and I am sure most of you have sisters, daughters, granddaughters, or a mom yourself.

To the dads out there, think about your girls when they go to school or go out with friends. We really need any help we can get. Any information will be kept anonymous and will be greatly appreciated.

Rockford Scanner™: Sources Are Reporting A Robbery/Burglary At A Local Business

Click Here To Read More »Rockford Scanner™: Sources Are Reporting A Robbery/Burglary At A Local Business

Rockford Scanner™: Sources are reporting an accident with multiple injuries.