Re-sharing: Rockford Police Are Searching For A Man That Is Wanted In 5 Violent Sexual Assaults and 2 Robberies, In Rockford 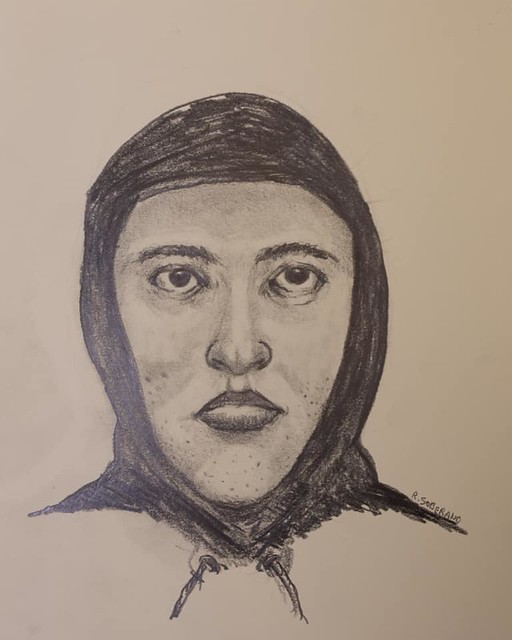 If you have ANY information on this:
RockfordScanner@Gmail.com

As you know, I have been working the alleged serial rapist story for awhile now.
And I will not stop working this story until this man is behind bars,
and these victims get the justice they deserve.

The following information is from the Rockford PD (March 23 2022)
In reference to the story of the alleged serial rapist
That is possibly roaming the streets of Rockford.

I was able to interview Assistant Deputy Chief Scott Olson,
Who is also the Investigations Commander.

Assistant Deputy Chief Scott Olson told us that the Rockford PD are investigating
a series of 5 unsolved sexual assaults and 2 robberies,
That are believed to be connected to this one individual.

Physical descriptions given by victims or witness often have some degree of variance.
The common denominators in these descriptions have been a black male, late teens to 20’s, medium build. Believed to be approx. 5’4 and 145 lbs.  (See police sketch below)

Rockford PD said that all of the reported incidents that are believed to be connected, occurred on the near-west side of downtown. Between the Rock River and Rockton Ave., John St. and Park Ave (see map below)

The days of the week are varied on the attacks, but more incidents have occurred during the week than on weekends. Times of the attacks have ranged from evenings to early morning hours.

The last known attack the Rockford PD can confirm on record, was in February 2020.
There have been several similar incidents since then.
Assistant Deputy Chief Scott Olson said that most of them have been largely ruled out, as being connected.

No one has been charged with any of these 7 open cases.
5 sexual assaults and 2 robberies.

We asked several more questions. But since it is an active ongoing investigation.
Assistant Deputy Chief Scott Olson was not able to comment on anything else.
Because it may compromise the investigation.

We asked one final question:
Can you confirm if there is a serial rapist?

His response:
“The most accurate statement that I can give is; That we are investigating a series of sexual assaults and robberies that we suspect were committed by the same person. Until these cases are solved, and it can be proven beyond a reasonable doubt that they were in fact committed by the same person, then we can’t be absolutely certain.”

Below, you can read the 2 press releases from the Rockford PD. Map of the area, of the attacks Rockford PD is working hard on trying to solve these cases.
But the Rockford PD needs your help.

It only takes that 1 tip, to catch this evil monster!
You can remain anonymous.

If you have ANY information:
RockfordScanner@Gmail.com

Click Here To Read More »Rockford Scanner™: Police Release Information On the Major Incident in Boone County, 1 Person Dead..
previousWarrant Wednesday: Police Searching For The Following Wanted Individuals…
next Sources are reporting a shooting incident on the East side