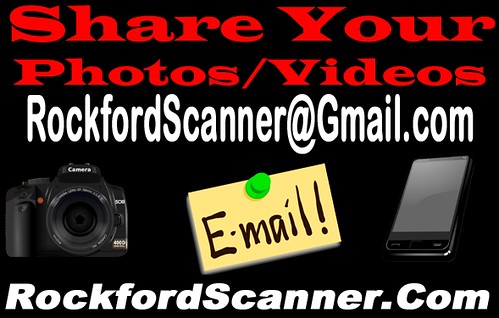 We want to hear your paranormal story!

Source sent us the following, in regards to her growing up
in an alleged haunted house on Rockford’s East Side

My parents and I moved into a house near Harrison ave  in 1978, when I was 8 years old .
My mom and dad were proud that they had bought their first house after years of apartment living and wanted to celebrate by inviting our cousins over from Belvidere, IL.
Only the kitchen table and chairs had been moved in when our cousins came to see the new house, so while the adults were in the kitchen, my cousin, who was also 8 years old, and I decided to play board games in my future bedroom.

All of a sudden, we heard a growling sound, a sound of someone breathing hard,
and we saw shadows and a light swirling in the room.
We got scared and ran out of the room.
The adults said that us girls just scared ourselves, by somehow telling ghost stories,
but we know what we heard and saw.

Shortly after that incident, I walked into my bedroom while my mom was downstairs doing laundry. I saw a little girl standing there, who looked to be around my age. She had a blue, short-sleeved sweater on, jeans, blonde hair in a headband, and she looked sad. I said hi to her and she did not say anything back.

She just looked at me, looked at the floor, and continued to look sad. I asked her what her name was and where she was from and she looked at me looked at the floor and did not say anything. I told her I would be right back. I ran downstairs and asked my mom where that girl came from and if she had let a neighbor girl in the house that wanted to meet me, since I was the new girl on the block.

When I started my new neighborhood school, Nashold School, a boy in my class said to me, “You just moved into my old house didn’t you? The house at (edited for privacy). You are going to see and hear some scary things in that house.

There have been some horrible things happen in that house and my family will haunt that house forever.” I did not know what he meant. I still remember that to this day. The boy was very troubled in school for some reason and would throw violet tantrums that would scare the other kids.

He eventually was made to transfer to Skyview school, a school for troubled kids. When I was a teenager, I told a girlfriend of mine, who was a cousin of the people who lived in the house before me, everything I had seen and heard and she told me, “I can’t tell you why you are seeing all that stuff or what happened in that house. It’s a family secret.

My dad would kill me if I told you.” I have sent her a message on Facebook a couple times since then, and she keeps saying she cannot tell me. The lady who lived in my house before me is now deceased, and she had a son who went to prison for many years for something, but I do not know for what. The land my house sits on used to be a vacant field.

Over the years I did see and hear very scary things. Books would fly across the room at me. The light fixture in the kitchen came down and crashed onto the kitchen table but the bolts to hold it up there were still in the ceiling.

Doors would slam by themselves, something would bang on the metal pipes in the basement. I would hear the sound of someone calling my name but there would not be anyone there. Our small dog would bark at the wall often.

I would often wake up in the middle of the night after someone pushed me out of bed
or after someone yanked the pillow out from under my head.

One day the front door opened and a boy who looked to be a teenager, with blonde hair, black t shirt and black jeans came through the front door. He looked up the stairs at me, (my house was a split-level house), and yelled, “Mom? Mom! Where are you?”. He seemed to be looking right through me. Then he ran downstairs into one of the downstairs bedrooms and slammed the door. I chased after him and said, “Hey kid, I think you have the wrong house.” I opened the door and he was no where to be found, not even in the closet.

One night, when I was either 14 or 15 years old, I came into the kitchen and saw that same boy standing at the kitchen counter, fixing a sandwich. I just said, “When your done, be sure to put the mayonnaise away.” The next day, my mom yelled at me because the jar had not been put away and she had to throw it away. I tried to tell her about what I saw, but she did not believe me.

One night shortly after that, the same boy appeared again. This time I was in the bathroom brushing my teeth.
The door opened slowly, and he stood there in the doorway. He was wearing the same black t shirt and black jeans.

He had blood running down his chin from his lip. He reached out his arm as if he was trying to touch me and said, “Help me.”
I asked him what he wanted me to do to help him and he just shook his head like he was shaking his head no.
He then backed up and faded away.

One night, when I was a teenager, I was having a girlfriend spend the night, and she woke me up. We were looking at an older teenage boy standing next to my bed, breathing hard, looking angry and with a knife in his hand. Then slowly, he faded away. I stood in the spot where he had been standing and the air was ice cold. I extended my arm, and the air was warm, but where I was standing was ice cold.

One day something grabbed my ankle as I sat on my bed.
I looked down to see a hand retracting under the bed.
I jumped off the bed, looked underneath, and there was nothing there.

I saw a girl, who looked to be about 16, many times in the house.
She had black, shoulder-length hair and wore a white nightgown.
She would always stare at me, looking sad.

A cross with Jesus on it would always come down off the wall in my bedroom, no matter how tight it would be secured to the wall. Friends of my parents and of mine would see the two boys and the girl. My son saw all 3 kids in the basement holding hands.

Sometimes I still hear footsteps in the house, even though I live here alone, and the window alarms go off.

There is so much more to tell that happened since 1978, and I know this is a lengthy email, but thank you for reading it.

I hope the mystery of what happened on this land or in this house is solved one day.
I have went to middle school and high school with the relatives of the people that lived in this house before me,
and have asked them what may have happened here and they all have said the same thing,
that they cannot tell me, because it is a family secret.

I pray this gets solved one day.
Thank you for hearing my story.

Thank you for sharing your paranormal experience with us!

Click Here To Read More »Rockford Scanner™: Female On A 4 Wheeler Crashes While Fleeing From Police, Gets Away…

Rockford Scanner™: Bad Accident on the West Side

Click Here To Read More »Rockford Scanner™: Bad Accident on the West Side