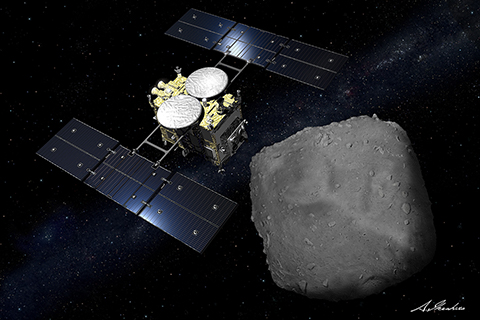 A cannonball that a Japanese spacecraft fired at an asteroid is shedding light on the most common type of asteroid in the solar system, a new study reports.

Carbonaceous, or C-type, space rocks make up about three-quarters of known asteroids. Previous research suggests that they are relics of the early solar system that contain troves of primordial material from the nebula that gave birth to the sun and its planets about 4.6 billion years ago. This makes research into these carbon-rich asteroids essential to understanding planetary formation.

To learn more about C-type asteroids, the Japan Aerospace Exploration Agency (JAXA) deployed the spacecraft Hayabusa2 to Ryugu, a 2,790-foot-wide (850 meters) near-Earth asteroid that is one of the darkest celestial bodies in the solar system. The C-type asteroid’s name, which means “dragon palace,” refers to a magical underwater castle from a Japanese folk tale.

In 2018, Hayabusa2 arrived at Ryugu to scan it from orbit and deploy multiple rovers on the boulder-covered asteroid. Scientists found that Ryugu is likely a loosely packed, very porous pile of rubble, about 50% empty space.

To shed light on Ryugu’s composition and structure, Hayabusu2 shot a 4.4-lb. (2 kilograms) copper cannonball a bit larger than a tennis ball at about 4,475 mph (7,200 km/h) at the asteroid. The impact carved out an artificial crater that exposed pristine material under Ryugu’s surface for remote analysis and blasted out a plume of ejected material. Hayabusa2’s cameras recorded the evolution of this plume in detail.

The number and size of craters that pockmark asteroids such as Ryugu can help scientists estimate the age and properties of asteroid surfaces. These analyses are based on models of how such craters form, and data from artificial impacts like that on Ryugu can help test those models.

“I was so surprised that the SCI crater was so large,” study lead author Masahiko Arakawa, a planetary scientist at Kobe University in Japan, told Space.com. The crater was about seven times larger than what might be expected from a comparable scenario on Earth, he added.

The artificial crater was semicircular in shape, and the curtain of ejected material was asymmetrical. Both of these details suggest that there was a large boulder buried near the impact site, the researchers said. This conclusion matches the rubble-pile picture that scientists already had of Ryugu.

Features of the artificial crater and the plume suggested that the growth of a crater was limited mostly by the asteroid’s gravity and not by the strength of the space rock’s surface. This, in turn, suggested that Ryugu has a relatively weak surface, one only about as strong as loose sand, which is consistent with recent findings that Ryugu is made of porous, fragile material.

The scientists detailed their findings online Thursday (March 19) in the journal Science.

If you do not want to contact the police directly, you can contact us  and we will relay your information to the proper agencies if needed, and keep you anonymous. https://rockfordscanner.com/contact-us/ 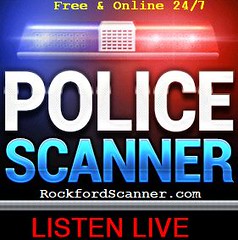 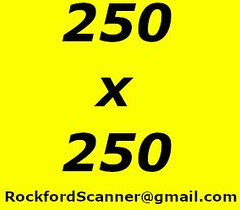 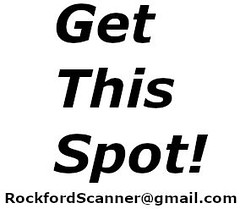