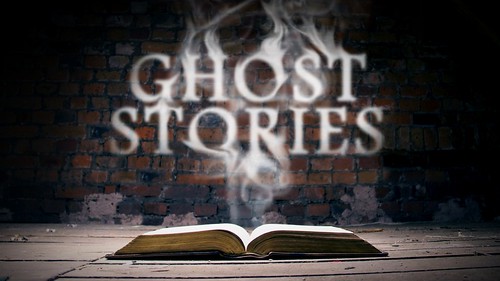 ROCKFORD PARANORMAL EXPERIENCE:
An Employee Tells Us Their Paranormal Experiences At A Local Bowling Alley

From the source:
I’m a mechanic at (Edited: Local bowling alley) and I swear the back is haunted.
A lot of people have seen shadows and it’s very common to think someone is back there with you when there isn’t anybody.
A few people think its because the one side wall is a giant painted Ouija board on pegboard that we use to organize our marquee letters.

My most “wtf” moment was when I had a problem with a pair of lanes close to the Ouija board wall.

I pulled a chair close to the lanes to sit by them and monitor the problem.
It was a Saturday night and we had cosmic going on. I looked down at my phone to check the time.

It was 11:11, I looked back up to the machines and I heard a creepy voice whisper my name in my ear.
I was leaning up against a stack of plywood/old doors and mechanics usually work alone.
I was by the door to go up front so there was nobody that could’ve snuck back there without me knowing.

I said screw the lanes and went up front for the rest of the night (we close at midnight).

There’s also an entry way off the mechanics area that goes back towards the staff bathroom and fridge.
If the lights aren’t on in that area and you walk by at night it sometimes gives you a heavy dread feeling.
We usually keep that door closed now!

Another source who works at the same business reached out to us and said they had their own experiences as well.

I recently read on your website about a mechanic at (Edited) and I wanted to tell you my own experiences.
I was closing one night and a coworker and me saw a young boy standing on one of the lanes.
We went to contact the boy and as we approached him, he disappeared right in front of us!

For years there have been many reports of a ghost that whispers into customers ears and blows onto the back of female’s necks.
I never believed the stories. I figured it probably was just the alcohol talking.

We were in the backroom with all the pins and for some unknown reason a bunch of pins fell to the floor.
We searched around for an explanation, but we weren’t able to find anything that would have caused it.

I have had glasses shatter for no reason. I have put the chairs up onto the tables and walk out the room.
To return shortly afterwards, and all the chairs are neatly placed back on the ground at the tables.
I thought it was someone playing a joke on me.   But it happened again!
I could get fired for telling you this.  (Edited) has it on video. They told us to keep our mouths shut.

There have been many times that I have had to close and have been in the building by myself.
I have heard people partying and bowling on many different occasions.
And every time I go to investigate it, the sound just stops.

I have saw a man about 40 years old bowling one night.
We had the place shut down. My coworker (edited) and I went to go talk to the man and tell him we are now closed.
He looked just like a normal human being. When we approached him his eyes were pure black and he let out this awful scream.
We hauled ass out of there!  That scared me so much, that I still call in sick at times when I think about that experience.

There is a staff bathroom in the back.
The lights turn on and off by themselves and you can hear some kind of banging noises coming from the bathroom.

I can not tell you how many times we see shadows!
I swear it is almost every night.

Note:
For obvious reasons the stories that are posted, are from people that had an alleged paranormal experience and wanted to share their experiences with us.
The stories can not be confirmed.

We look forward to hearing your paranormal experiences!

Rockford Scanner™: Reports Of a Possible Death Investigation On The West Side