On Monday February 1st around 1:57 pm the RFD were dispatched to the area of 401 N Main in reference to a water rescue. Within 4 minutes the RFD had 2 engines, 2 ladders, 2 chiefs, 1 ambulance, 7 divers and 22 firefighters on scene.

The preliminary information stated that there were 2 males floating on a sheet of ice in the Rock River near this location. After arriving on scene they confirmed 2 males were on the ice in the river just North of the Jefferson st bridge.

The 2 males were on a mattress on a sheet of ice that was flowing down the rivers current.

Emergency personnel used a RDC (Rapid Deploy Craft) to reach the 2 males in the river.

Medical personnel assessed the males at the scene and confirmed they suffered from no injuries.

After investigating they determined the 2 males were upriver when they were fishing on the ice sheet.  The ice sheet broke free from the shore and began to float down stream with the 2 males on it.

All the 1st responders were OK.

The 2 men have been successfully rescued.

It appears they were sitting on a mattress fishing and the sheet of ice the mattress was on, came loose and began to float down the river. Officials have not officially released any information on the incident.  Below is a photo from RFD 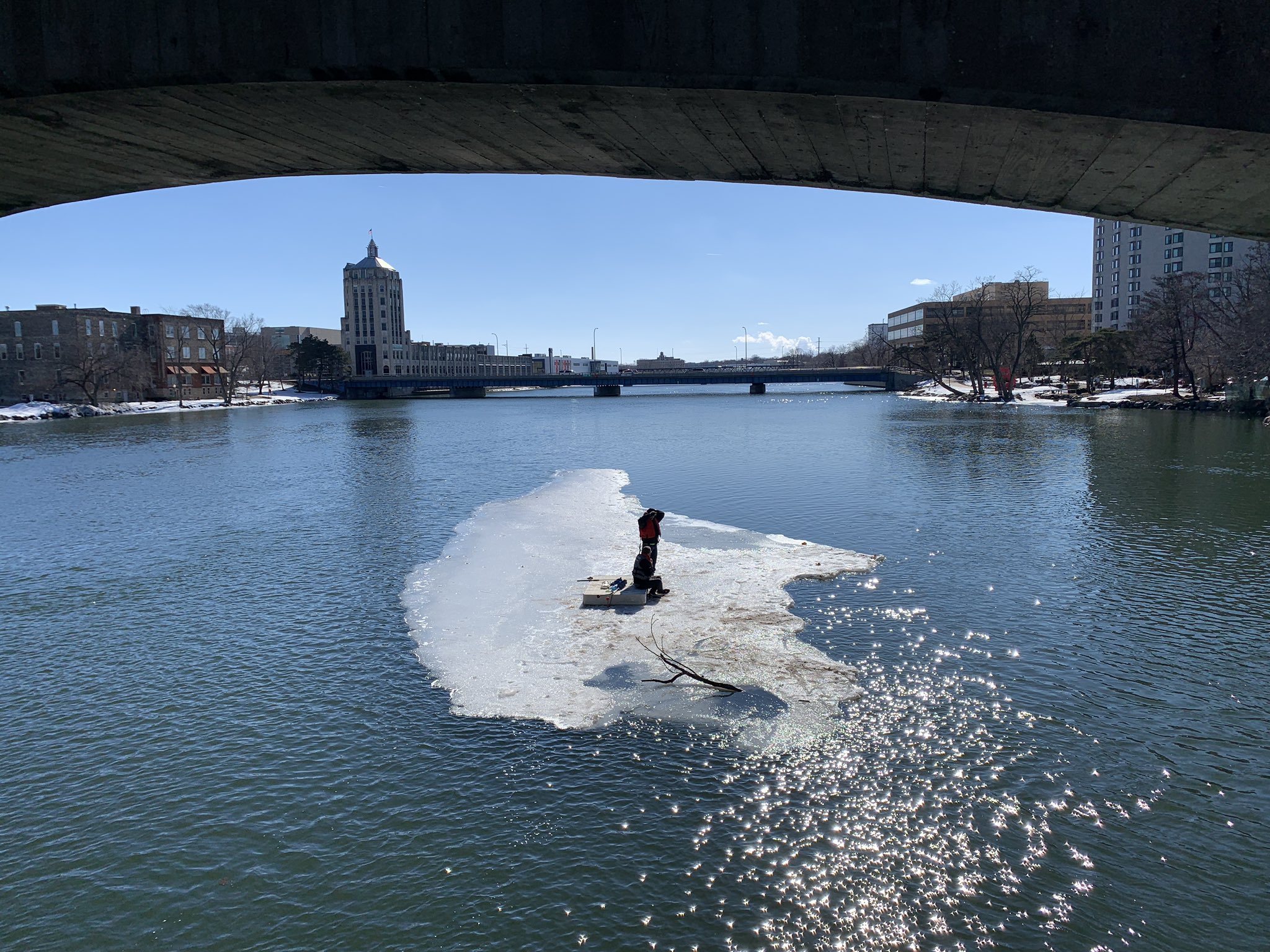 Several sources are reporting a major scene near downtown Rockford.

Sources said there are numerous emergency personnel are on scene.

Reports of 2 males on a mattress and floating down the river.

Emergency personnel has confirmed them in the river, just North of the Jefferson st bridge.

previousSuspects Stab The Victim During A Robbery in Winnebago County
nextRockford Scanner ™: Rockford Police On Scene Of Shooting Incident

Man Fleeing From Police, Crashes Into A House in Winnebago County

Click Here To Read More »Man Fleeing From Police, Crashes Into A House in Winnebago County