UPDATE: Sources said the serial rapist struck again on Wednesday February 12th.
Rockford Police have not confirmed anything, or released info on this most recent attack.

Suspect is a skinny black male in his late teens or early 20’s that usually wears all black clothing. 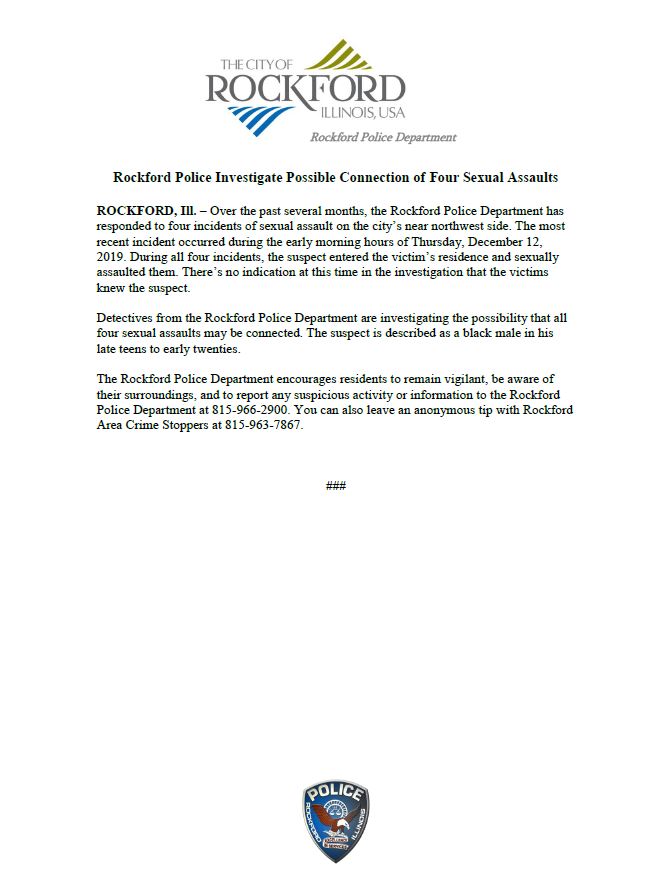 UPDATE: After we posted this.
Several sources contacted us and are reporting another rape  in that general area on the 5th.

Reports of a woman was sleeping in her house, and the suspect came in and dragged her out into her backyard and then was raped by the suspect.

And the police told the victim there was a similar incident a few blocks away as well recently.

Sources: “He initially was going to rob us but my roommates daughter was still awake when he came in through the kitchen window.”

Sources are reporting a scene in Rockford.

A woman was raped by a suspect near this location.

Only Takes A Second To Share: Missing Woman In The Rockford Area

Read More »Only Takes A Second To Share: Missing Woman In The Rockford Area

Rockford Scanner™: Sources are reporting a shooting victim in Freeport.

Sources are reporting a shooting incident in…

Note: At the time of posting this…

Sources are reporting another shooting incident.  It…