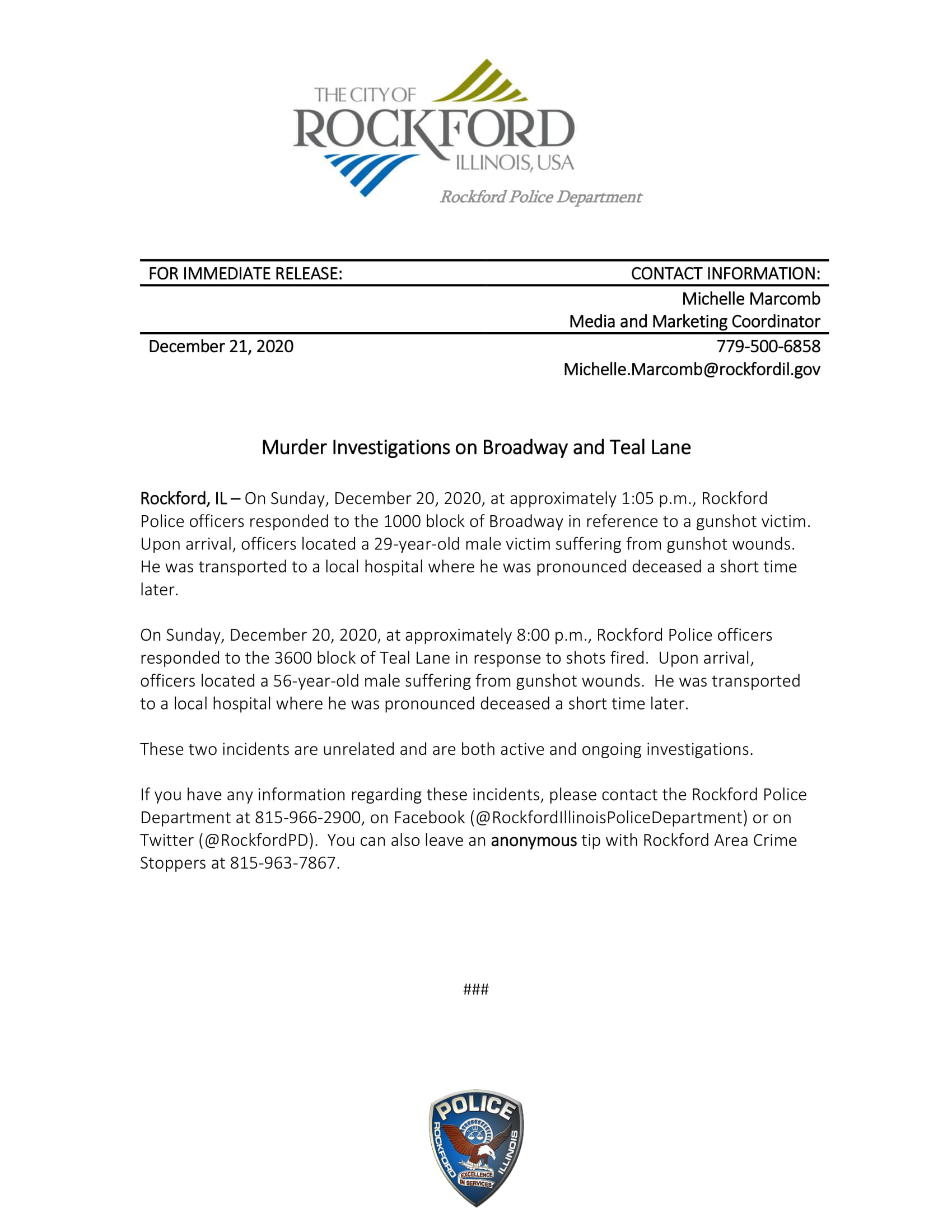 Sources are reporting a serious shooting scene in Rockford.

It happened around 8 pm near Teal, on Rockford’s West side.

That is located just SE of Riverside and Rockton.

Initial reports are saying a male approx. 56 years old has been shot in the chest with a small caliber weapon.

The victim has been transported to a local ER.

Unknown on his condition.  Sources at the hospital said the injuries were life threatening, but not yet confirmed.

UPDATE: RPD put out the following information: Shooting investigation in the 3600 block of Teal Lane. Please avoid the area.
Edit notes: Was originally reported as a male approx. 30 years old.

Sources are reporting a rollover accident in Winnebago…

Sources are reporting 2 rollover accidents in…

Rockford Scanner™: Accident With Injuries In Rockford, Avoid The Area

Sources are reporting an automobile accident in…

Sources are reporting a bad accident on the East…