A strong earthquake struck between Jamaica and Cuba in the Caribbean Sea on Tuesday afternoon.

The quake had a preliminary magnitude of 7.7, according to the U.S. Geological Survey, and was felt as far away as Miami.

The quake struck at 2:10 p.m. EST about 75 miles off the northwest tip of Jamaica and 50 miles off of southeastern Cuba. It was about 6 miles deep, USGS said.

The USGS received reports from people in Miami saying they felt the quake. Miami-Dade Police reported receiving phone calls of buildings shaking, and multiple buildings were being evacuated, NBC 6 reported.

People took to social media to share videos and reports of buildings being evacuated, including Miami Tower, a 47-story skyscraper in downtown, and Two Datran Center, a 20-story building in Kendall.

Miami-Dade’s Stephen P. Clark Government Center was also evacuated, according to a reporter for the Miami Herald.

In Montego Bay, Jamaica, Claude Diedrick, 71, was sitting in his vehicle reading when the earthquake began.

“It felt to me like i was on a bridge and like there were two or three heavy trucks and the bridge was rocking but there were no trucks,” he told The Associated Press.

He said he had seen no damage around his home in northern Jamaica.

The quake was also felt in Santiago in far-eastern Cuba, Belkis Guerrero, who works in a Catholic cultural center in the city, told AP. But she added there didn’t appear to be any damage in the heart of the colonial city.

“We were all sitting and we felt the chairs move,” she said. “We heard the noise of everything moving around.

“It felt very strong but it doesn’t look like anything happened,” she told The Associated Press.

Pic showing damage as a result of the quake in Cayman. 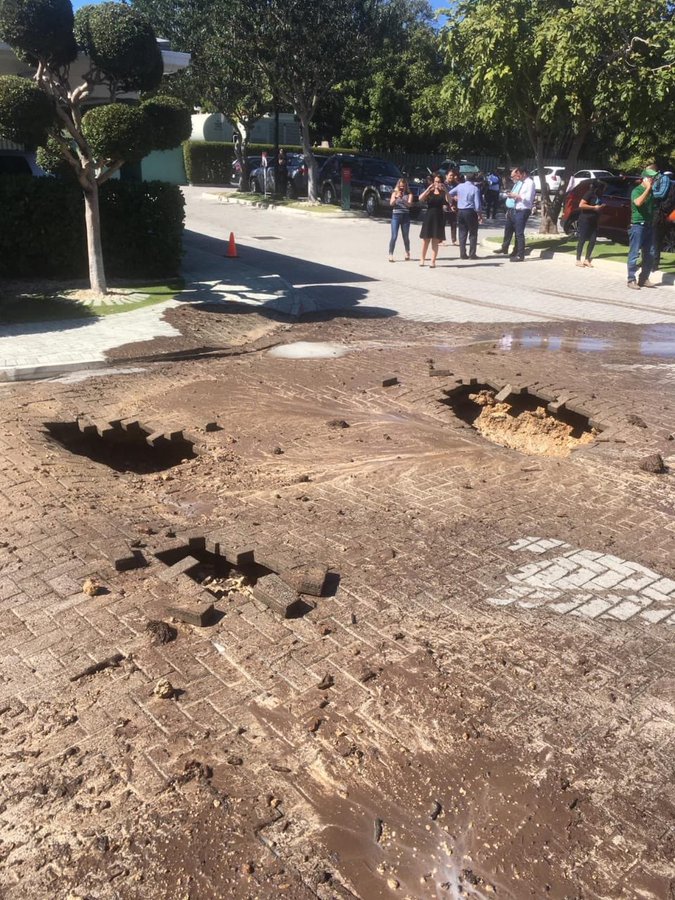 There were no immediate reports of damage or injuries.

Rockford Scanner™: Sources are reporting a scene in downtown Rockford.

Sources are reporting a scene in downtown…

Sources are reporting a shooting incident in…

Sources are reporting a rollover accident in Boone…

Rockford Scanner™: Accident On The East Side

Sources are reporting an auto accident near…

Read More »Rockford Scanner™: Accident On The East Side

Rockford Scanner™: Sources are reporting a scene at a local Walmart

Sources are reporting a scene at a…

Read More »Rockford Scanner™: Sources are reporting a scene at a local Walmart