UPDATE: We bring you some sad news this morning. Sources are reporting the police K-9 has passed away.
Unknown on the victims condition that were involved in the accident.
When officials release information, we will update this.

Notice in this video, emergency personnel trying to slow a vehicle down.
While AT this scene. And the vehicle almost rear ends a semi.

If you see emergency personnel, SLOW DOWN & MOVE OVER 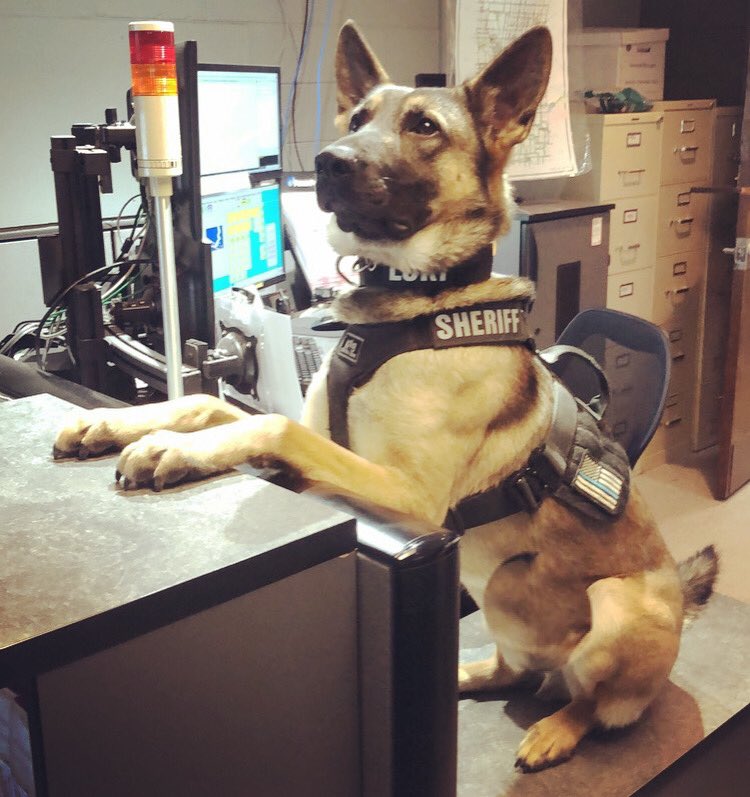 PRELIMINARY:
A preliminary investigation indicates the following occurred: On 12/27/20 at approximately 1:36 a.m., a Boone County Sheriff’s Deputy was conducting a traffic stop on the right shoulder of Interstate 90 westbound at Irene Road in Boone County. The deputy was outside of his fully marked squad car (Unit 2), with emergency lights activated, when it was struck from behind by Unit 1. The impact forced Unit 2 forward, striking the rear of the vehicle (Unit 3) the Deputy had pulled over. Both drivers of Unit 1 and Unit 3 were transported by ambulance to an area hospital with non-life threatening injuries. The Boone County Deputy was uninjured. At the time of the crash, Boone County Canine Loki was secured in the kennel of the squad car. Loki was transported to an emergency veterinary hospital for treatment and later died due to injuries sustained in the crash. This crash is under investigation and no further information is available.

CHARGES:
The driver of Unit 1 was cited for Driving Under the Influence, Failure to Yield Upon Approaching a Stationary Authorized Emergency Vehicle (Scotts Law), Improper Lane Usage, Driving on the Shoulder, Failure to Reduce Speed to Avoid an Accident and Operating an Uninsured Motor Vehicle.
All subjects are presumed innocent until proven guilty in a court of law.

It happened around 2 am on I-90 in the westbound lanes near Irene rd.

A limo and a yukon and a police squad are reported to be involved.

The officer had a Yukon pulled over when the limo hit the officers SUV.

Multiple injuries were being reported.

From the Boone County Sheriff Office:

It’s with a heavy heart the Boone County Sheriff’s Office has to report that K-9 Loki was killed in the line of duty early this morning.
On December 27th, 2020, at approximately 1:30 am, Boone County Deputy Robert Rosenkranz and K9 Loki were conducting a traffic stop on Interstate 90 near Irene road, when a suspected drunk driver struck the rear of Deputy Rosenkranz’s squad. Thankfully, Deputy Rosenkranz was out of the vehicle and only received minor injuries from flying debris. K9 Loki however was in the vehicle at the time of the accident and was transported to Emergency Vet Clinic in Rockford where K9 Loki later passed.
The Illinois
State Police, District 15 are investigating the accident.
The members of the Boone County Sheriff’s Office offer our deepest condolences to the Rosenkranz family. We ask that you keep the Rosenkranz family and our law enforcement family in your thoughts and prayers during this difficult time.
Additional information will be released at a later time.
Rest in peace hero K9 Loki.

Sources are reporting a bad automobile…

WINTER STORM WARNING IN EFFECT FROM 4…

Several sources have been reporting many accidents today. …

Rockford Scanner ™: Garage With Farm Equipment And Fuel On Fire In Pecatonica

Sources are reporting a detached garage…

Rockford Scanner™: Bad Accident On The East Side

Sources are reporting a bad accident on the…

Click Here To Read More »Rockford Scanner™: Bad Accident On The East Side