From the Beloit PD:

We wanted to let you know that a Parks & Rec staff member spotted a cougar at Big Hill Park today.

We reported the sighting to the DNR.

(approx 4 miles North of the IL/WI border in Beloit)

Please see this information from the Wisconsin DNR about what to do if you encounter a cougar: https://dnr.wisconsin.gov/topic/WildlifeHabitat/cougar.html

The cougar (Puma concolor), also known as puma, mountain lion, panther, catamount, American lion and mishibijn (Ojibwa), is the largest wildcat in North America north of Mexico. It once roamed throughout Wisconsin, one of three wild cats native to the state, along with the bobcat and Canada lynx. Currently, only bobcats are known to breed in Wisconsin.

The cougar is the largest wildcat in North America north of Mexico. In the Americas, only the jaguar of South America, Central America and Mexico is larger. 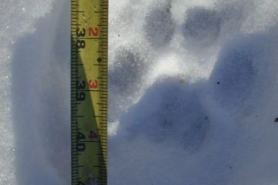 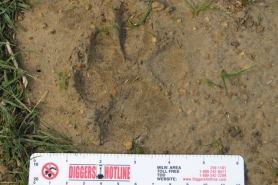 The DNR is interested in receiving reports on cougar observations in the state. Please use the large mammal observation form and include details of the exact location, time, date and description of the animal. Pictures of the animals and their tracks are also greatly appreciated. Pictures of suspected tracks should have a ruler or other measuring tool in the photo.

Biological samples that can be tested for genetics may also be very useful. These could include scats, hair samples, other body parts, or remains of prey species. Samples should be gathered in airproof containers and people should avoid any skin contact of biological samples. The DNR should be contacted before any samples are shipped.

Map of cougar sightings. Click to enlarge the map.

Wild cougars probably disappeared from the state by about 1910, but reports again began to surface in the 1940s. These were probably escaped captive cougars or misidentifications. Since 1991, the DNR has conducted a standardized system of collecting reports of cougars and other rare mammals.

While there have been several verified sightings of cougars in Wisconsin in recent years, there is currently no evidence that they are breeding here. Biologists believe that any confirmed sightings are transient male cougars, dispersing from a breeding population in the Black Hills of South Dakota. 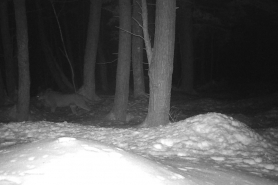 On March 22, 2020 a Snapshot Wisconsin camera captured a photo of a cougar in Waupaca County. This photo is an important milestone as it is the first cougar documented using the Snapshot program. This is the fourth confirmed cougar observation for 2020 and is assumed to be the same individual that was observed in Portage County in February. 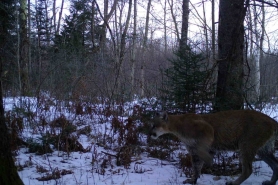 On Feb. 13, 2020, a trail camera captured photos of a cougar in Portage County and was later confirmed by a DNR biologist. This is the third confirmed cougar observation for 2020. 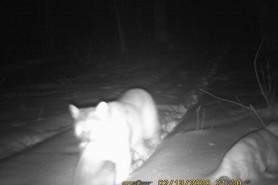 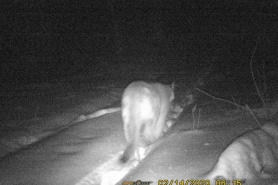 A trail camera captured a photo of a cougar in Price County on Feb. 1, 2020 and was later confirmed by a DNR biologist. The animal is suspected to be the same individual from the January 30, 2020 and December 15, 2019 observations. This is the second confirmed observation for 2020. 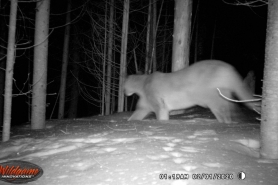 On Jan. 30, 2020, a trail camera captured a photo of a cougar in Price County and was later confirmed by a DNR biologist. The animal is suspected to be the same individual from the Dec. 15, 2019 observation. This is the first confirmed cougar observation for 2020. 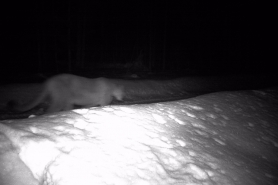 A set of cougar tracks were found in Sawyer County on Dec. 15, 2019. Another observer also reported tracks in nearby Price County, on the same day, and they are assumed to be from the same individual. The site and tracks were later confirmed by biologists, making these the 11th and 12th confirmed cougar observations for 2019. 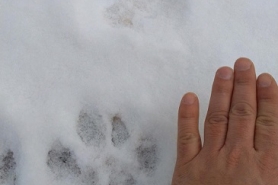 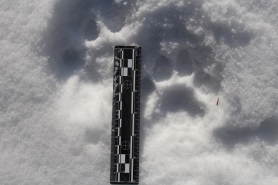 A set of cougar tracks, leading to a deer kill, were found on Nov. 28, 2019. The tracks led through two different properties in Washburn and Barron counties and were reported by two different individuals. The locations and kill site were later verified by biologists, making these the 9th and 10th confirmed cougar observations in 2019.

A trail camera captured a video of a cougar near in Pepin County, on Nov. 17, 2019. The location was later verified by biologists, making this the 8th confirmed cougar observation in 2019.

On Aug. 29, 2019, a trail camera photo was captured of a cougar in Marinette County. The photo was verified by the DNR, and it is assumed that it is the same individual that was observed on Aug. 21 and Aug. 23, in the same region. This is the 7th confirmed cougar observation in 2019. 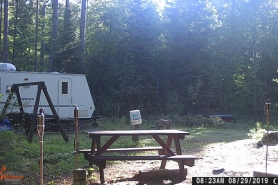 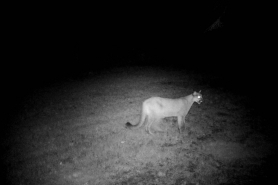 A trail camera captured a photo of a cougar in Marinette County on Aug. 21, 2019. This is the 5th confirmed cougar observation in Wisconsin in 2019. 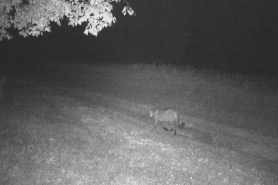 A once in a lifetime series of trail camera photos capture a cougar depredating upon a white-tailed deer in Bayfield County on Aug. 20, 2019. The photos and location were later verified by the DNR.

On Aug. 13, 2019, tribal wardens confirmed a trail camera photo of a cougar on the Red Cliff Reservation in Bayfield County.

On April 3, 2019, photos of cougar tracks were taken by a cross country skier near Minocqua in Oneida County.

A video of a cougar was captured on a trail camera near Land O’Lakes in Vilas County on April 5, 2019. The location was about 34 miles northeast of the tracks confirmed in Oneida County 2 days earlier and may have been the same animal.

ANIMALS AND TRACKS MISTAKEN FOR COUGAR

Cougars are sometimes confused with other animals – from observations of the animals themselves or observations of tracks. Some of the species mistaken for cougars in Wisconsin have included house cats, fishers, bobcats, bears (tracks), dogs, red fox, coyote and wolves.

Wild canids, such as wolves and coyotes, may have been mistaken for cougars if they had mange causing them to have short fur and long rope-like tails. Mistaken observations are probably made when animals are seen under poor lighting, moving quickly, are observed at long distances, seeing only portions of the animal, or mistakes in track identification.

PHOTOS OF ANIMALS MISTAKEN FOR COUGARS

The cougar is a reclusive animal that rarely makes a noise that would reveal its presence. According to the Mountain Lion Foundation, 13 people have been killed in mountain lion attacks in North America in the past 100 years. That compares with 1,300 deaths by rattlesnakes and 4,000 by bees.

Although encounters are rare, there are things you can do to enhance your safety and that of friends and family.

Read the Living with Lions [PDF, exit DNR] brochure from the Colorado Division of Wildlife for more information.

Fatal Accident: Vehicle Hits A Tree And catches On Fire, Driver Passes Away